Psynergy -source for quality foals from Psynergy Equine on Vimeo.

El Nabila b: The paragon

A paragon is "a person or thing viewed as a model of excellence". *EL NABILA B is a paragon, with parentage, personal achievements, and a sire record few stallions have achieved.

The true test of a stallion is in the breeding barn, and *EL NABILA B's sire record is second to none. He has sired National Champions on four continents in halter and National Champions under saddle in both North and South America. His son TITAN AS thrilled the crowds at the 2015 Vegas Breeders Cup Show when he was named Gold Champion Colt. Most importantly, *EL NABILA B get are producing National winners in halter and under saddle. *EL NABILA B: a stallion for all reasons, for all time. 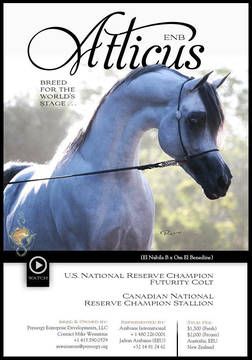 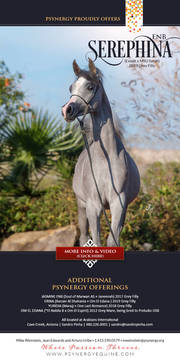 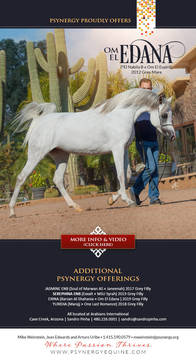